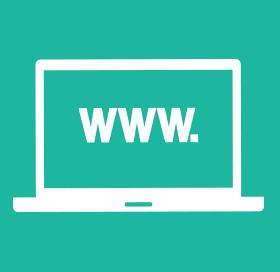 Medical error involves not only failure to carry out intended actions, but also errors in judgment, which are heavily influenced by our manner of thinking. The field of cognitive science seeks to better understand how we process information and make decisions. This session will serve to explore how rationally irrational we are, how heuristics and type 1 thinking tend to govern the day, how cognitive biases shape our decisions and what tools (like metacognition, cognitive debiasing) can be used to help mitigate the influence of these biases. We will, as part of this session, also review an incident video on cognitive bias especially created for this session, which can then be accessed at home to help teach one's own institution, and use practical examples commonly encountered in the Radiation Oncology clinic to illustrate these principles. Daylian Cain will be assisting with this presentation. Professor Cain's research focuses on "judgment and decision-making." In other words, he studies the reasons why smart people do dumb things. Notably, Cain's research has been discussed in the Wall Street Journal, Time Magazine, Forbes, The New Yorker, the Washington Post, BusinessWeek, USA Today, the New York Times and other top media outlets such as NPR. Cain has won national teaching awards and has also appeared as a commentator on National Geographic's popular TV show, Brain Games. Professor Cain's September 2017 schedule is not yet available, although he is aware of this session proposal and he has responded favorably provided there are no conflicts with other commitments.

This program is designed to meet the interest of radiation oncologists, radiation therapists, and radiation dosimetrists.

After this session, attendees should be able to:

The American Society for Radiation Oncology (ASTRO) is accredited by the Accreditation Council of Continuing Medical Education to provide continuing education to physicians.

ASTRO is awarded Deemed Status by the American Board of Radiology to provide SA-CME as part of Part II Maintenance of Certification.

Course Fees:
ASTRO members must log in to the ASTRO website to view and receive the discounted member rate.

Participants using ASTRO's online courses to satisfy the requirement of a Maintenance of Certification (MOC) program should verify the number, type and availability dates of any course before making a purchase. No refunds, extensions, or substitutions will be made for participants who have purchased courses that do not align with their MOC requirement.

The course and its materials will only be available on the ASTRO website for that 3 year period regardless of purchase date. At the expiration of the qualification, participants will no longer have access to the course or its materials. ASTRO reserves the right to remove a course before the end of its qualification period.

One of the two latest versions of Google Chrome, Mozilla Firefox, Internet Explorer or Safari.